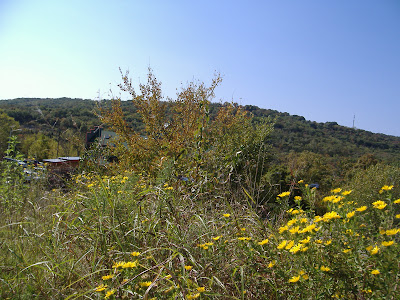 Mike and I happily drove from Branson heading to Kansas City with just enough time to make it to a very special 2 year old's birthday. We drove through majestic mountains taking in the beautiful scenery. An hour later we passed Springfield and got a little turned around when took the wrong exit on the highway. What a long 2 miles before we came to a turnaround. No problem, we just laughed at our mistake and were about pass the northern side of Springfield when Mike said, "We just lost power."

He edged over to side of the road and pulled in right before an entrance with a motel in walking distance. We decided maybe the gas gauge had quit working and we really were out of gas even though it said we still had a quarter of a tank.

So what to do? I'm thinking we're going to walk to that motel. Hello, push the OnStar button. Immediately a voice came on the line and we explained the issue. No problem. They even knew where we were stuck. Which is a good thing because we didn't. We were using our GPS to figure that out. They were so nice and sent a tow truck right away for free. We had a great spot to wait, I got out and walked around in case some giant semi crashed into our car. It wasn't long before the tow arrived and we ended up right back in Springfield. After sitting for couple of hours at a Chevrolet dealership they came in and gave us the good news...and the bad. The fuel pump had gone out but it was covered under warranty. That's the good news. The bad news....they didn't have one to replace it. It had to be shipped overnight for Saturday delivery but the warranty insurance paid the shipping since we didn't have car rental on our warranty. And....

There was a rental company right outside the door in the garage of the dealership to rent a car. We are so blessed. We grabbed a cute little car and threw everything from my van into the the rental (amazingly it fit) and took off for Kansas City. 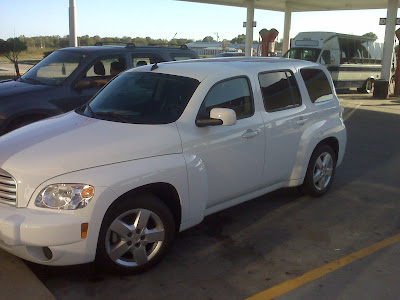 We checked into our hotel and were just a few minutes late for Elijah's birthday party at Mark and Erin's house. (James' dad and stepmom) 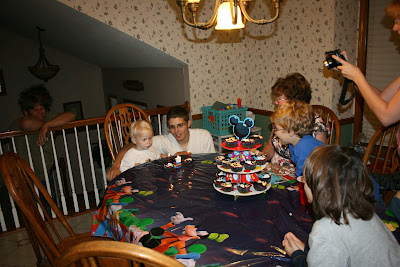 Unfortunately, Mike and James had to drive three hours back to Springfield the next day to retrieve my van and drive another 3 hours back to KC. Lacey and I spent the morning at our hotel room hanging out before going on a shopping spree. She introduced me to Gordman's. Love that store. You'll have to check them out. Great prices, cool stuff. The girls clothes were adorable. Wish we had one in Dallas. Although Mike is probably glad they don't.

We chose our hotel for the indoor pool since Patrick didn't get to swim again at Branson but it was so cold you couldn't get in the freezing water. So we opted for the hot tub spa and the kids had fun playing with the sudsy bubbles. If only Eli could have stayed in the spa instead of getting in and out and slipping on the tiles. I was so worried he'd bust his head open. 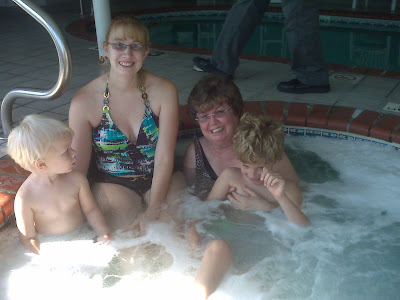 We left Sunday after a trip to McDonalds and a few tears and drove home through Oklahoma. 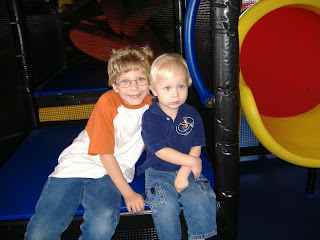 I miss my boys and Lacey and James but I know they're happy. They have a family support group in Missouri so I know they're not alone. Now when I think about them in Missouri, my picture of them is a lot clearer. They may be moving to their own house so I'll have to go back to get a new snapshot of their surroundings to carry in my brain. Plus a few for my computer. At my age, the brain gets a littly foggy. 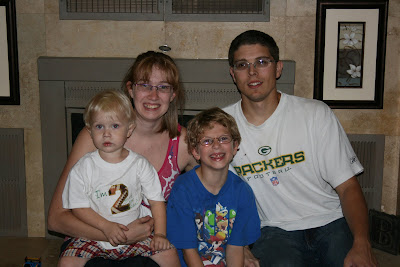 We also had to stop at the biggest McDonalds in the United States just to go look out the window. It actually is the bridge that goes over the highway. 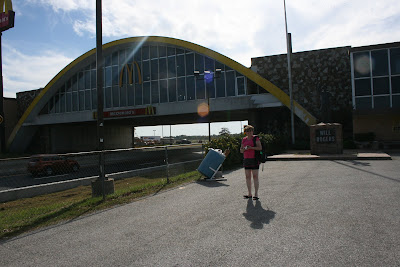 We had a spectacular sunset on the way home. The car did not have any more hiccups and we were very confident in our drive back to Texas. We pulled into our little circle for our vacation to come to an end and I had to be ready for work the next day. Next time I'm taking Monday off. Maybe. 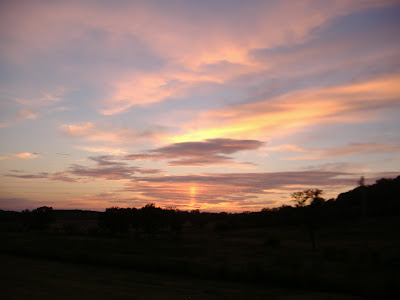 As we were in the midst of car trouble, we couldn't help but thank God for the wonderful way it all worked out. Even though it was inconvenient, we were so grateful that we were out of the mountains and had a good open spot to pull over. If we had not taken a wrong turn, we would have been farther away from Springfield. We were actually just up the road a ways from the dealership. We had OnStar that sent the tow truck within 20 minutes. The dealership was open, (could have happened on the way home Sunday in Oklahoma) the warranty covered the repair, and the list goes on and on. God is so good and He takes such good care of His children.

In every thing give thanks: for this is the will of God in Christ Jesus concerning you.
I Thessalonians 5:18
Posted by Grandmommy at 6:03 PM No comments: