Wow, it's been too long since I have blogged. So much for my New Year's resolution. But I'm back.

We had an awesome Spring Break vacation with Autumn and the grand kids. We went to Fairfield Bay in Arkansas. I got a little carsick on the way so no more playing with my new Kindle Fire anniversary present while on the road. I know better but we hadn't had a chance to get acquainted yet. Our anniversary was March 9th and we left March 10th. Spent a lot of time on vacation playing games on it. Okay, too much time but it was still new.


I pinned a barn on Pinterest a while back and it had so many shares,
my love of a good barn pic has become a bit of an obsession. 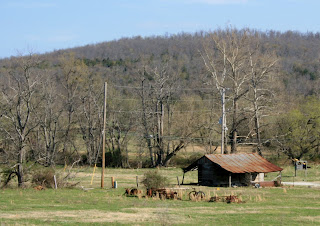 Long shots, close shots, lots of shots. And all of these were taken from the car going 50-70 mph. Mike was not a fan of pulling over on a mountain road with no shoulder and since we were going up and down hills and around scary curves, he wouldn't slow down afraid he couldn't get back up the hill. Talk about fun. I had the window down most of the time and Autumn was freezing in the back seat behind me. Sorry Autumn. (Not really.) 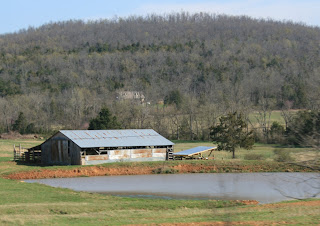 So now I am falling in love with photography all over again. And barns. Mike and I took lots of weddings and portrait pics in our younger days (as in, before kids). Made some extra money on the side and now with digital, it's an even better time to obsess. No expensive film and developing. Except, now I want an even better camera and lens. So, not so much cheaper. Obsess much?

Back to vacation, we were talked into buying a timeshare a while back so we have to use it to justify using our life savings. Well, not really our life savings but a good chunk of it. We had an awesome little cabin/quadplex right on the golf course. The 9th hole to be exact with the clubhouse right on the other side of the green. I never went over there but Mike walked over and checked it out. And he didn't even bring his clubs. Too much luggage with all six of us and the bags in one van.


The bread was for the birds. 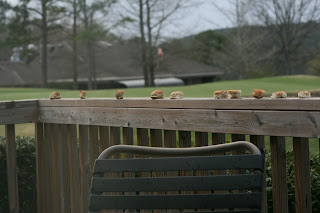 This is the front.
The sliding glass door on the left was Mike's and my master bedroom
and the door on the right went into the foyer
and then into the living area and the girls bedroom. 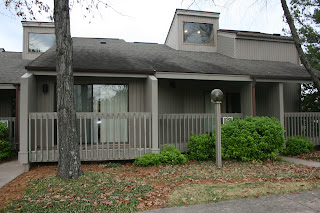 We had really cool spa tub. A first for us. I was in Heaven.
It was big enough for all six of us.
We didn't test that but the girls enjoyed it, too. 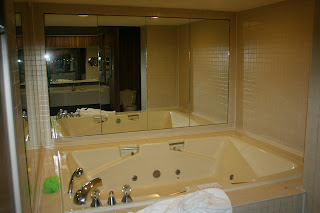 We went to the Blanchard Springs Caverns at Mountain View. They have really nice personnel in the shops. They make their own necklaces to sell and they were beautiful. The guide and all the others were great, too. I didn't think I would be able go in the cave and walk the 1/2 mile (arthritis issues) but I took a chance and made it all the way through. I was very proud of myself. And it wasn't claustrophic at all. (Another fear) I did stress a little because it was so big and Paige is not an easy child to control at times. Drop offs, etc.


We started out high and went down steep slopes. 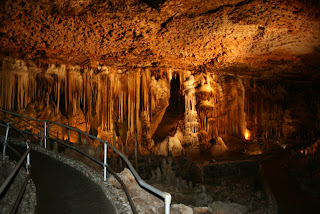 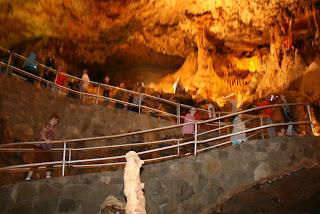 Thank goodness there were handrails.
Want to know what it sounds like for a two year to scream inside a large cavern?
No you don't. 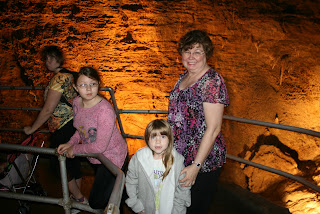 This is a natural phenomenon that is inside the cave and looks like a battleship.
I think it's pretty cool. 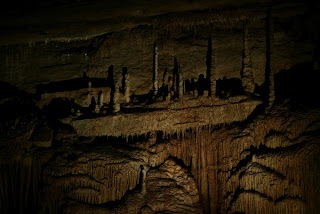 Fortunately we didn't have to go back up.
A bus picked us up at the end and drove us back up the mountain to the beginning. 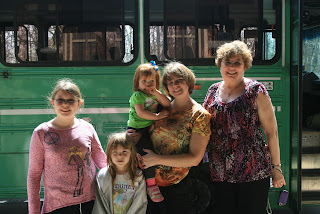 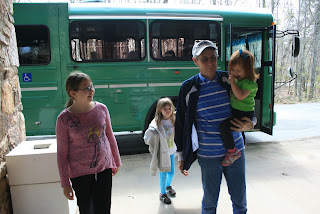 Mike had fun taking pics of Paige while we shopped. 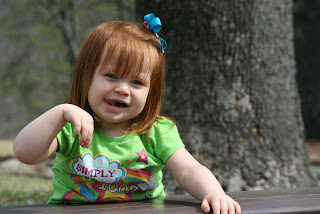 We ate at a quaint little diner in Mountain View
and bought some souvenirs in the little shops. 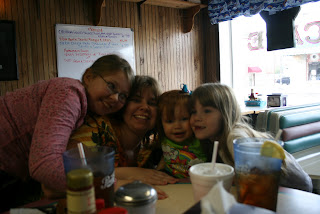 During the trip, we saw a puppet show, 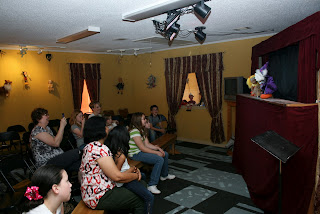 fed the fish at the Marina, 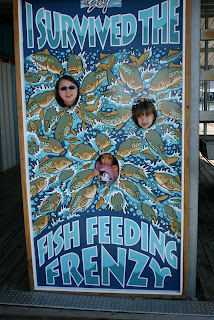 went to Walmart more times than I can count,
bought a lot of stuff,
spent way too much money,
hung out at the cabin,
watched movies,
made a lot of bows,

cooked and ate good meals and had an all around great time.
On the way home I took more pictures and did not get car sick once.
I call that a Success.